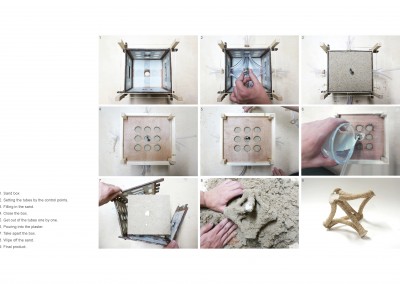 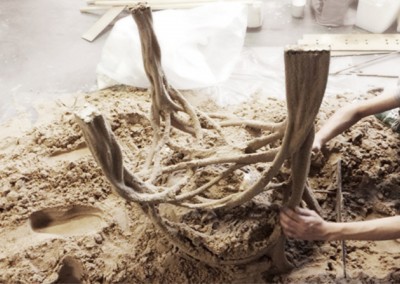 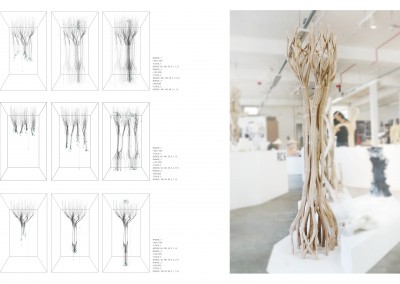 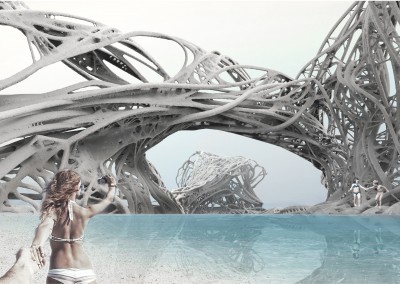 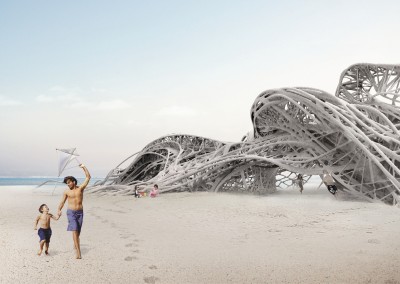 Sand is a commonly available materials. It has many unique features, for instance, the insolubility in water, the high melting point and a certain degree of mobility when it is wet. Through this property, sand casting technique has been wildly utilised in traditional manufactural area in the early time.

The purpose of this project is to develop a new crafting technique that using sand as mould, attempting ingenious methods to create a variety of unique forms. Simulating 3D printing by hand within certain space filling with sand. That is the spirit of our project- SanDPrinted. After a variety of experiments and attempts. PVA tubes with highly elastically, flexibility, size and texture variations, were finally selected in order to control the shape of sand inside. Meanwhile, a removable frame was designed to control the general direction of the tubes. Thus, a variety of possibilities of forms by interweaving tubes could be casted based on this crafting technique. Furthermore, the sand and tubes can be reused, which is environmental friendly.

According to initial material exploration and fabricate testing, the computational technology was involved to develop the design logic of small-to-large scale. Processing simulation technique(Flocking, stigmergy and other algorithms) has been utilised into the digital exploration which provides both natural and logical pattern and structures, By presenting products from small components to furniture, and eventually attempting to scale up the design into architectural area.

This chair was casted at the end of course, so that we tried to represent all the elements of design also the crafting skill of fabrication in it. In addition, the final form of this chair depended on the several research about the feasibility of artistic also the stability of structure.